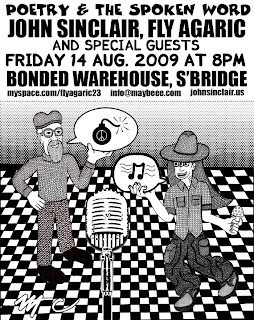 JOHN SINCLAIR in Stourbridge: With Fly And Friends. 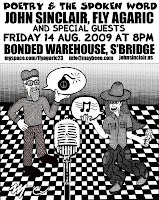 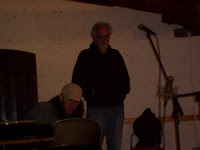 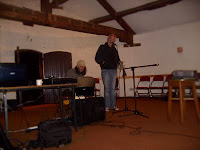 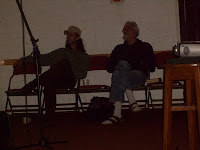 Performance Poet, Jazz and Blues Scholar, prolific writer, radio DJ, civil rights activist, street level philosopher; described as "The Angel of Detroit" by Allen Ginsberg, and "Last of the beatnik warrior poets" by Mick Farren, John Sinclair makes his first appearance in the Mid Westlands, U.K. 2009. From the intro to his book FATTENING FROGS FOR SNAKES - Amiri Baraka writes: “John has always , since I have known him, dug the music. From the way back to the way out.”

Fly Agaric XX111, is a reader/poet, dj/writer, drummer who left Stourbridge for USA in 19 long time, where he did things. He then returned briefly to Stourbridge in 2005 and left again for Holland were he now fills balloons in a famous Amsterdam Coffee house, and blogs widely. 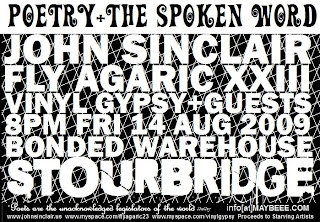