The Search For Soma takes a left turn, upwards.

(Hyperlinks to wikipedia by Steve Fly)

For over a hundred years now, scientists have been discussing what plant was used to prepare Soma (Haoma), a sacred drink of the ancient Indians and Iranians, which "inspired poets and seers, made warriors fearless." The hypotheses were plenty: from ephedra, cannabis, and opium poppy to blue water lily (Nymphaea caerulea) and fly agaric (Amanita muscaria). The answer was found in a grave of a noble woman buried in an elite burial ground of the Xiongnu, the famous nomads of Central Asia.
Importantly, none of the researchers denies the fact that the ancient Indians and Iranians consumed a drink with a psychoactive substance as a sacrament. However, the precise identity of the substance and its plant source, as well as its influence on human consciousness, are still being debated.
The translator and greatest authority on the Rigveda Tatyana Ya. Elizarenkova wrote: “Judging by the Rigvedahymns, Soma was not only stimulating but also a hallucinogenic drink. It is difficult to be more specific not only because none of the plants suggested as soma satisfies all the parameters and only partially answers the description of soma given in the hymns but mainly because the language and style of the Rigveda, an archaic religious tome with the typical features of ‘Indo-European poetic speech’, pose a formidable obstacle to soma identification.” Knowing perfectly well that all the possibilities of the written source had been exhausted, Elizarenkova believed that the answer could come from archaeologists, from “their findings in North-Western India, Afghanistan, and Pakistan (and not in remote Central Asia).”
Remarkably, her opinion, expressed 25 years ago, was confirmed by new findings made in Mongolia. No one could have suspected that a grave of a noble woman buried in an elite burial ground of the Xiongnu, the famous nomads of Central Asia, would answer the question asked long ago.
It happened in 2009. A team from the Institute of Archaeology and Ethnography SB RAS, which was led by Natalia Polosmak, was performing archaeological excavations in the Noin-Ula Mountains, Northern Mongolia. In tumulus 31, at a depth of 13 meters, the archaeologists discovered a wooden burial chamber. On the floor, which was covered with a thick layer of blue clay, around an old tomb ruined by ancient robbers, there were visible traces of a woollen fabric; this was all that was left of an embroidered strip, which was of great historical value even in this fragmentary state. Textiles are virtually never preserved in ancient graves, and such findings are exceptionally rare. The remains of the textile were retrieved from the grave and delivered to the Institute of Archaeology and Ethnography SB RAS. The second life of this remarkable artefact began thanks to Russian restorers.
The craftsmanship and the story unfolding on the threadbare fabric are truly amazing. Embroidered in woollen thread on the thin cloth is a procession of Zoroastrian warriors marching towards an altar; one of them, standing at the altar, is holding a mushroom in his hands.
A distinguishing feature of this embroidery is that the craftsmen did their best to depict the faces, costume, arms, plants, and insects, trying to copy everything from life. According to the mycologist I.A. Gorbunova (Candidate of Biology, senior researcher with the Inferior Plant Laboratory, Central Siberian Botanical Garden, SB RAS), the mushroom depicted on the carpet belongs to the Strophariaceae family. In some ways—the general habitus, shape of the cap, stitches along the edge of the cap reminding of the radial folding or remnants of the partial veil and dark inclusions on the stipe that can remind of a paleaceous ring, which blackens after the spores are puffed—it is similar to Psilocybe cubensis (Earle) Singer [Stropharia cubensis Earle]. Some of the mushrooms of the genus Stropharia cubensis, or Psilocybe cubensis, contain psilocybin—a unique stimulator of the nervous system. In their psychoactive properties, psilocybin mushrooms are much more befitting as vegetative equivalents of Soma, or Hoama, than fly agaric, which was identified with Soma in the Rigveda by R.G. Wasson in his well-known book. His point of view was supported by many famous scientists; the psychedelic theory proposed by T. McKenna even assigns the main role in human evolution to psilocybin-containing mushrooms.
For the first time, we can see vivid evidence, embroidered on an ancient cloth discovered by archaeological excavations, for the use of mushrooms for religious purposes, probably, to make Haoma, a “sacred drink.”
The origin of this embroidery and characters depicted on it is associated with North-Western India and the Indo-Scythians (Sakas). How the embroidered cloth made it into a Xiongnu grave is a surprise of the so-called Silk Road, a network of trade routes crossing the whole of Eurasia. Judging by the Chinese chronicles, veils and blankets from Northern India were highly valued in the Han China.
The woollen curtain with an amazing plot was discovered after its 2,000-year-long confinement in a deep grave, which is a miracle in itself. The curtain is not only a fine example of ancient art, which was recovered thanks to the meticulous work of Russian restorers, but a unique source of information casting light on one of the obscure periods of ancient history. 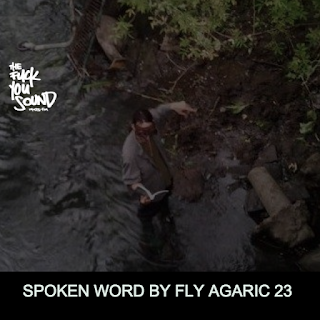